He embarked several times on board Tara in Antarctica, during Tara Arctic and Tara Oceans, to bring his view on the poles. 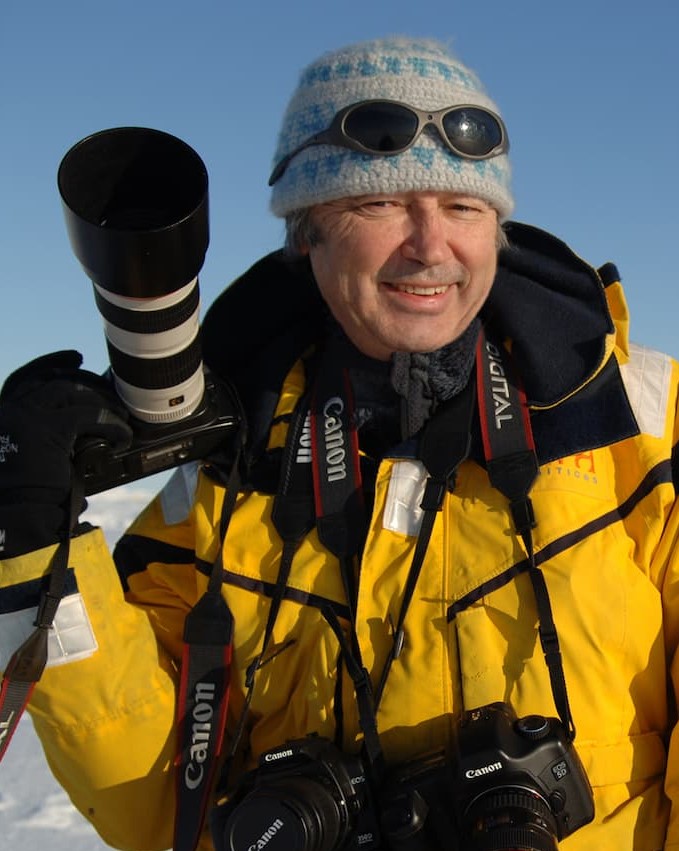 Born on January 8, 1948 in Poilly-lès-Gien in the Loiret region. In 1967, he takes the initiative that will change his life: he leaves the banks of the Loire and goes to Israel to “cover” the Six-Day War. Three months later, on his return to France, a reporter-photographer was born. In 1973 he joined France-Soir, for which he travelled to the “hottest” spots on the planet. In 1995, he accompanied Jean-Louis Etienne in the southern and northern lands. In 1998, he won the World Press Photo award, and since then, he has participated in the “Mammuthus” expedition in Siberia and published his reports in the world’s biggest newspapers (GEO, Paris Match, Le Figaro magazine, Life, Time, Newsweek, The Herald Tribune…).

Polar specialist and photographer, he embarked several times on board Tara in Antarctica and during the Tara Arctic and Tara Oceans expeditions to bring his eye on the poles.

“In April 2007, a very cold blizzard had been blowing for several days on Tara. I stayed for four hours waiting for something to happen. Grant Redvers [the expedition leader] then climbed the mast to see if everything was okay, I captured this moment and the photograph taken at that time looks like a black and white monochrome, on this image Grant’s silhouette is like a Chinese shadow. And I’m really happy that this photograph was able to appear in newspapers such as Paris Match, Geo or The Guardian.

For me, being a photographer on board is above all participating in the expedition. Taking the time to watch what is going on, having a good time, and feeling the atmosphere. It is also necessary to be a “multitasker”: to know how to write, to tell stories, to make real travel diaries and above all, as I said, to take one’s time, an aspect that is sometimes forgotten in a world that goes very fast…!

I have been sharing the Tara adventure for 10 years, and before that I had followed Antarctica with Jean-Louis Etienne, since the construction of the boat and during its launch… then I had the chance to travel many miles on board.”

Tara, a sailing boat for the planet – Guerin Edition

Discover some of his achievements inspired by life aboard Tara: