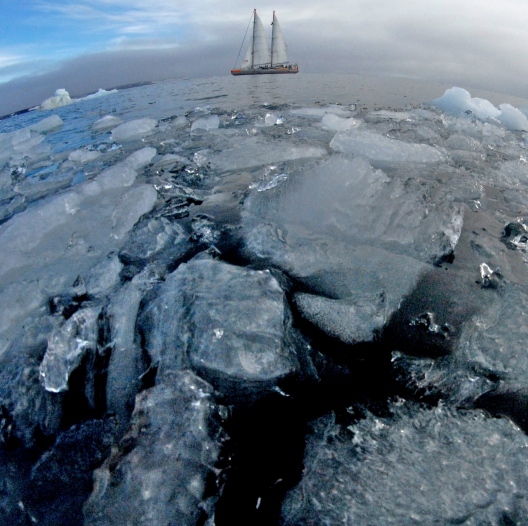 Identifying changes in the Arctic to anticipate their future impact

The Arctic is a polar region of 16.5 million km² located in the northernmost part of Earth. It comprises the North Pole at the center of the Arctic Ocean, whose surface is 5 times the size of the Mediterranean Sea. The weather limit of the Arctic is defined by a 10°C isotherm in July, the threshold below which trees no longer grow. Its geographic limit is the Arctic Circle.

This part of the world is warming up 3 times faster than elsewhere. Its ice floe, a thin layer of salt water ice, is gradually disappearing. Nearly 3 meters thick in the 70s-80s, it is now on average only 1 meter.

Every summer, this layer of ice melts by half to cover only 1/3 of this ocean in September. The Intergovernmental Panel on Climate Change (IPCC) reports that there will be practically no more sea ice at the end of summer by 2045 as a result of ongoing dynamics.

We are probably the last generation to still have a chance to protect this region and know the unique marine biodiversity it hosts.

The Tara Ocean Foundation was already a pioneer in 2007

In 2007, the schooner Tara has been the first sailboat to venture into the North Pole’s extreme conditions for more than a century. It followed in the wake of the Fram, which dared the adventure in 1893. This first expedition reported on climate change and the raw beauty of this little-known environment.

During a 507-day drift, locked in ice and totally isolated, 20 sailors and scientists of a dozen nationalities, accompanied by 2 dogs, studied the climate, the Ocean and the Arctic pack ice. They raised awareness among various audiences, in particular the younger generation, and testified to the great fragility of this environment, already impacted by the climate crisis. The team had to adapt to extreme weather conditions with the coldest temperature recorded at -41°C and a 140-day polar night. This first major mission in the Arctic led to the publication of some 20 articles in the international scientific press by a consortium of 55 laboratories brought together in the framework of the European program Damocles.

The Arctic, a little-known region and an indicator of the climate crisis

The Arctic is at the forefront in terms of effects of the climate crisis. Temperatures at the surface of the pack ice are increasing twice as fast as elsewhere in the world on average. The impacts on this environment are already observable: reduction in ice cover, alteration of ice quality, higher absorption of solar energy, melting permafrost, and increased humidity in the air.

The objective of the Tara Ocean Foundation’s mission is to document and understand the dynamics of these transformations, objectify scientific data and identify the wealth of local biodiversity. The requirements and adversity of this extreme and dynamic environment have never allowed scientists to carry out year-round research at the heart of the polar pack ice. This will be the mission of the Tara Polar Station’s crews.

Tara’s Polar Station project marks the beginning of a new scientific exploration that will last more than 20 years at the heart of the Arctic Ocean.

Exploration fields are very broad since the Arctic is rich and under-researched: the migration of marine organisms to the Arctic and its evolution, atmospheric chemistry, the impact of climate change on the functioning of Arctic ecosystems, research in biotechnology, biomedicine or on the adaptation of life in extreme conditions.

This future knowledge provides hope for a better understanding and thus preserving of the Arctic ecosystem, but also elsewhere. All of this multidisciplinary research, carried out by the world’s largest research centers, aims to refine the IPCC’s climate models.

A drifting polar station in the Arctic

At the heart of the Arctic Ocean, Tara is the northernmost sailboat in history

The young Tara team and CNRS researchers embarked in 2006 on an unprecedented human and scientific adventure: drifting with sea ice across the Arctic Ocean for 18 months in the wake of Nansen’s Fram, and conducting scientific research on climate change in collaboration with the European Commission.

First sailboat to circumnavigate the Arctic Ocean in one season

For the first time in history, Tara and the researchers of the Tara Oceans expedition were able to observe plankton biodiversity in Russian and Canadian Arctic and compare it with other ocean ecosystems. They discovered that this biodiversity is unique, endemic to the Arctic and so precious to humanity.

This ocean is home to a singular planktonic ecosystem unlike any other, not even that of the Southern Antarctic Ocean. The icy conditions and long intense nights at these latitudes are at the origin of a diversity of species unlike any other. It is full of adaptation mechanisms, evolutions and genes which are, of course, unknown and that we are about to alter forever.

The Arctic is one of the world’s last large, unspoiled natural areas, a unique and fragile ecosystem hosting a rich and poorly known biodiversity. 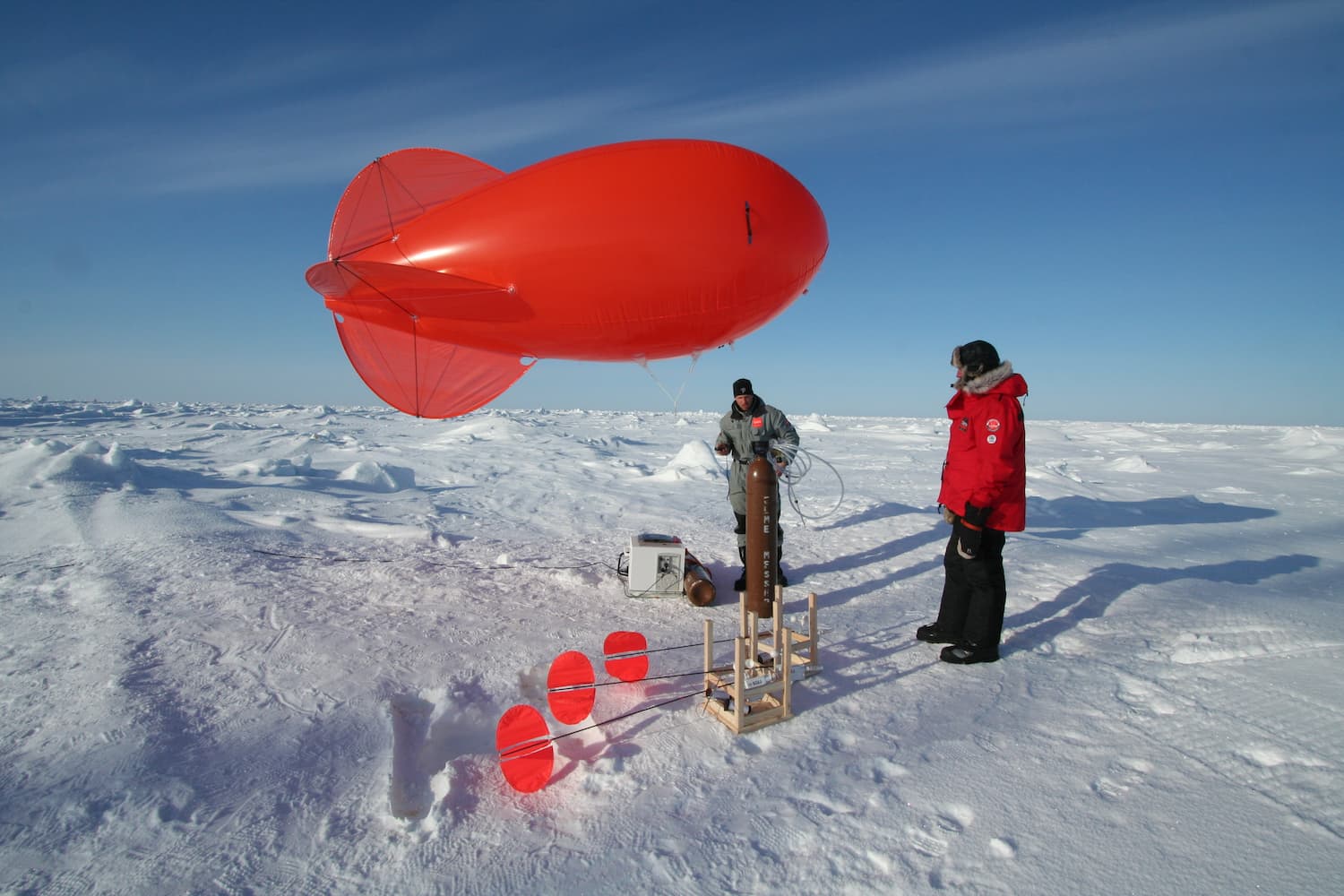 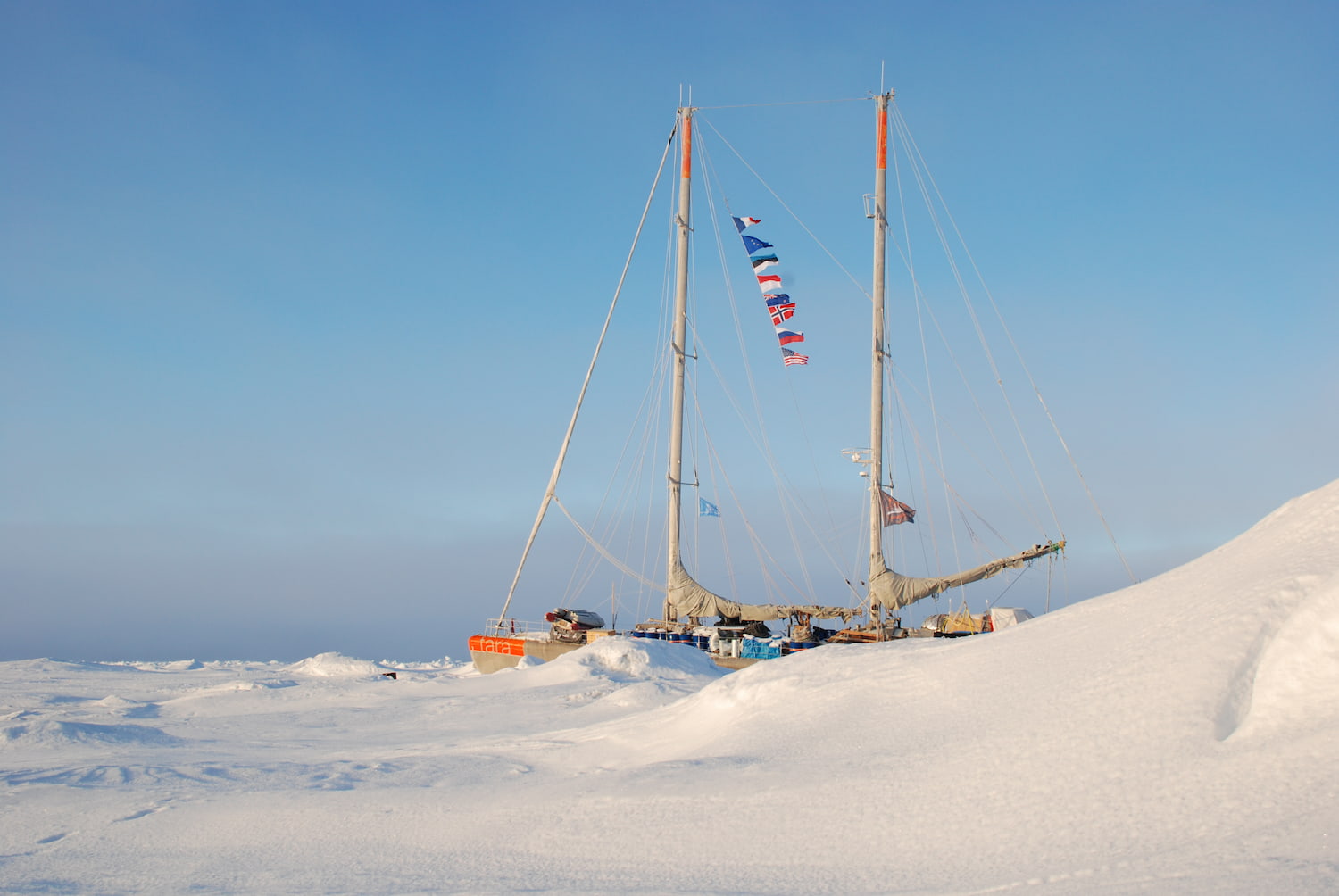 Unravel the mysteries of the first actor present in all facets of ocean biodiversity, its fundamental basis: the microbiome. 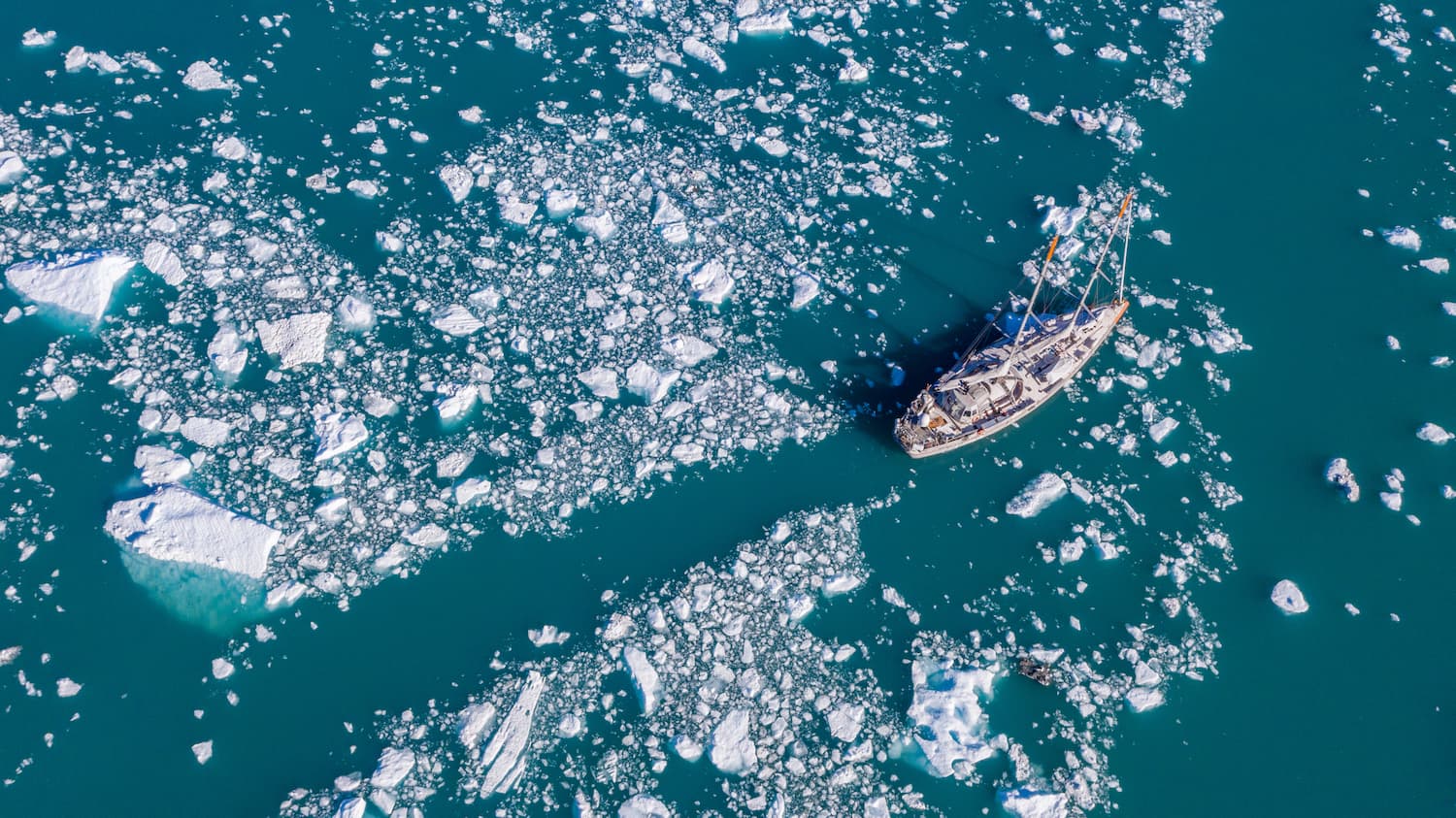 An expedition to the heart of the biodiversity of the planktonic world, with the Ocean under the microscope. 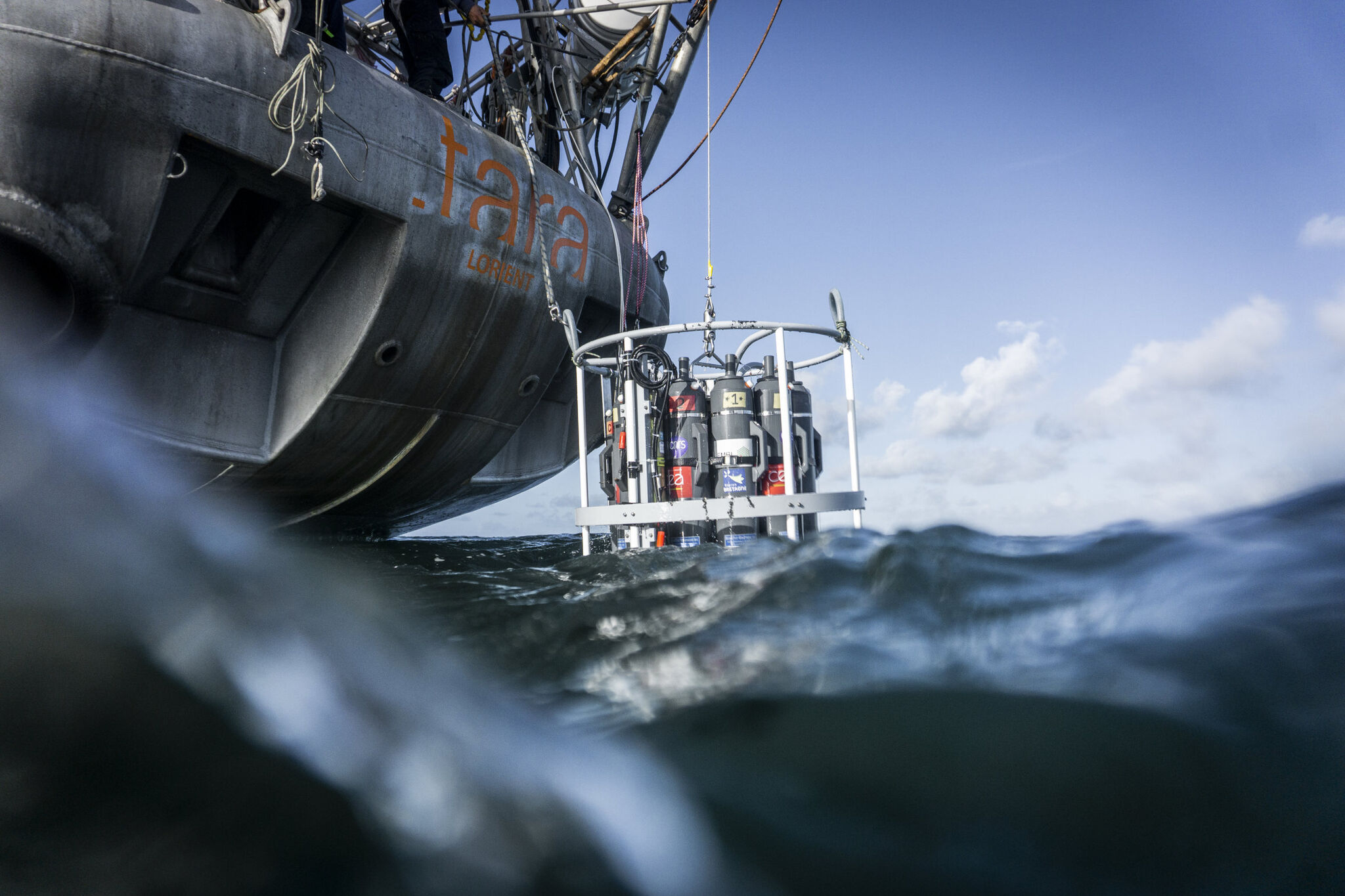 Journey to the heart of the pack ice 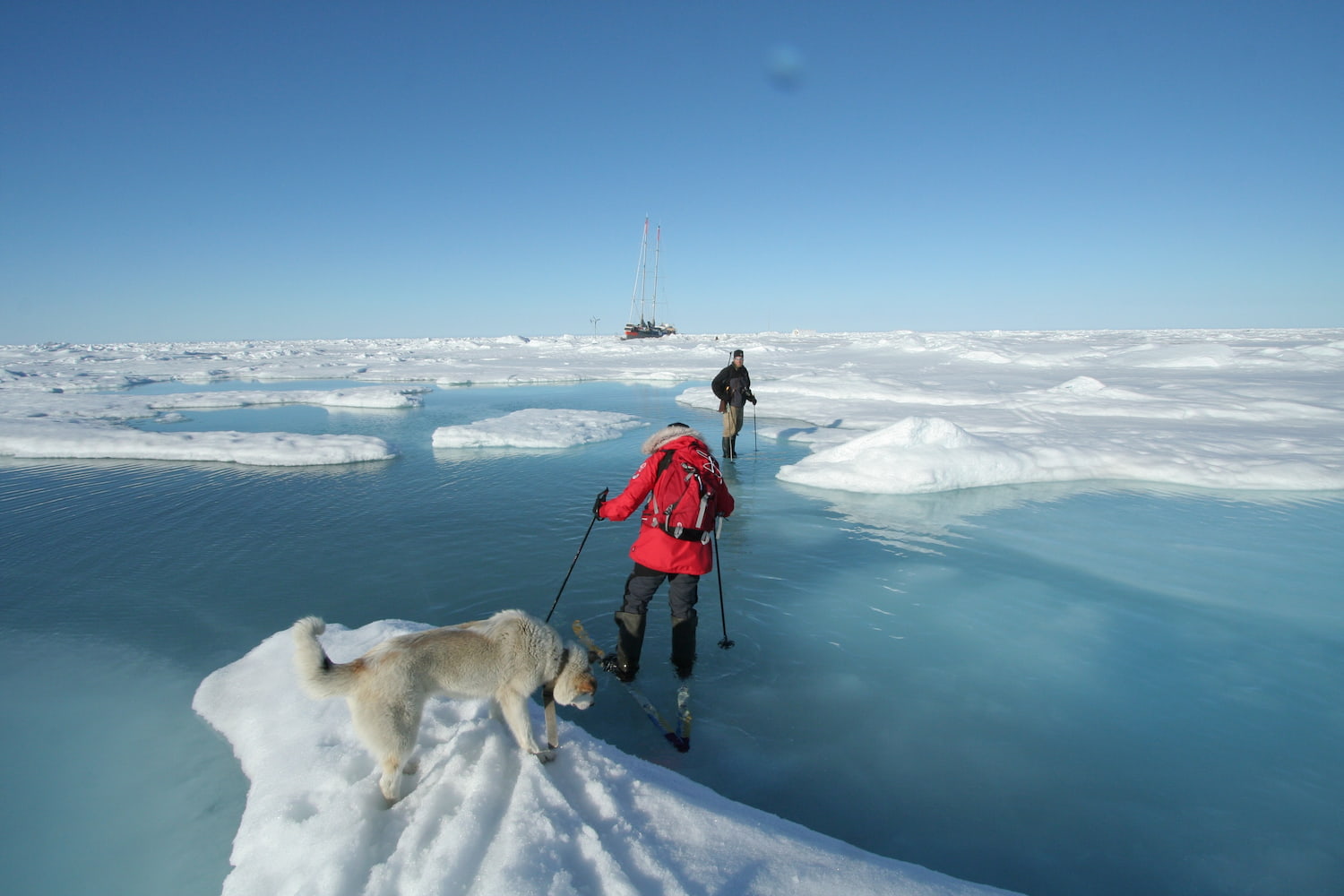 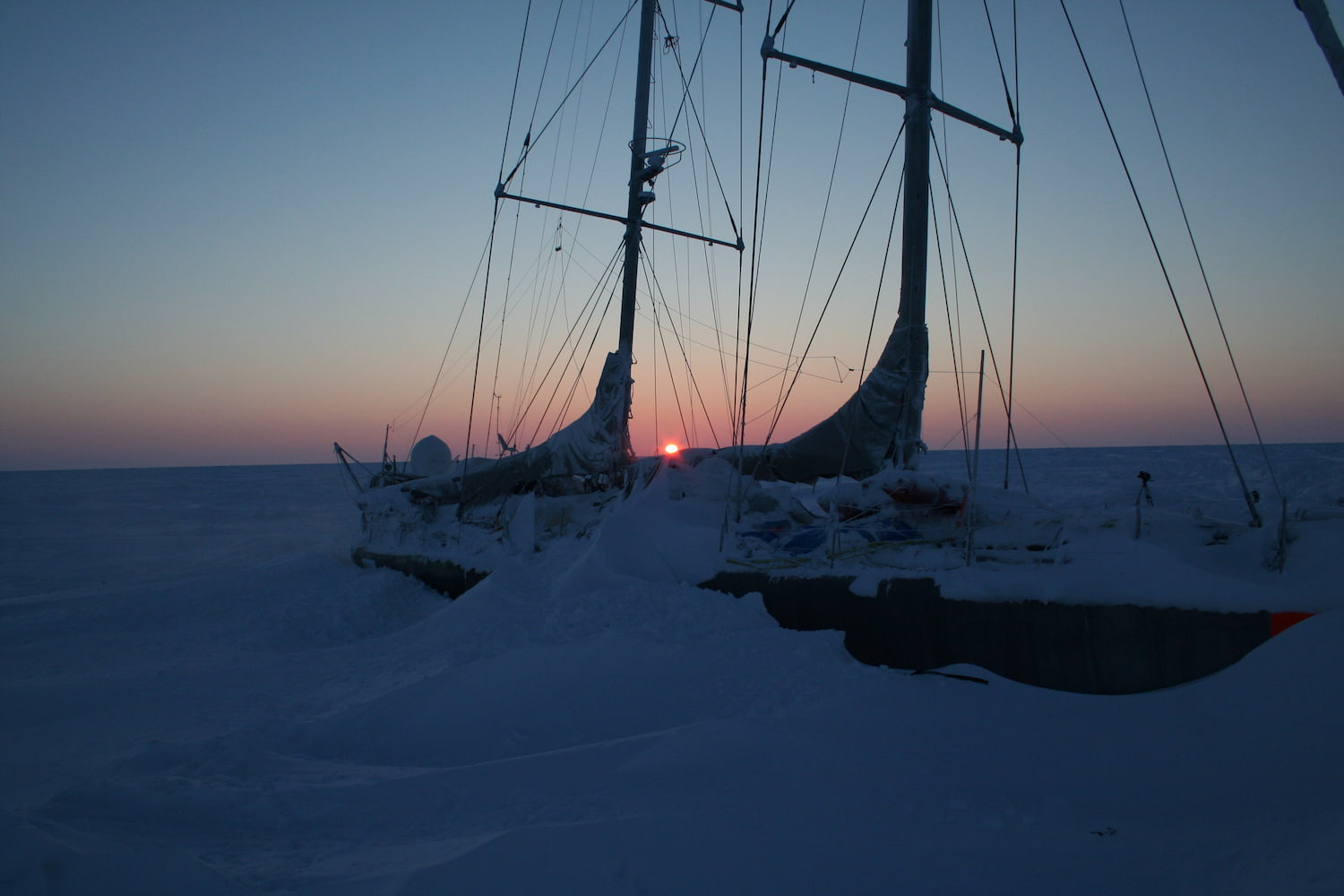 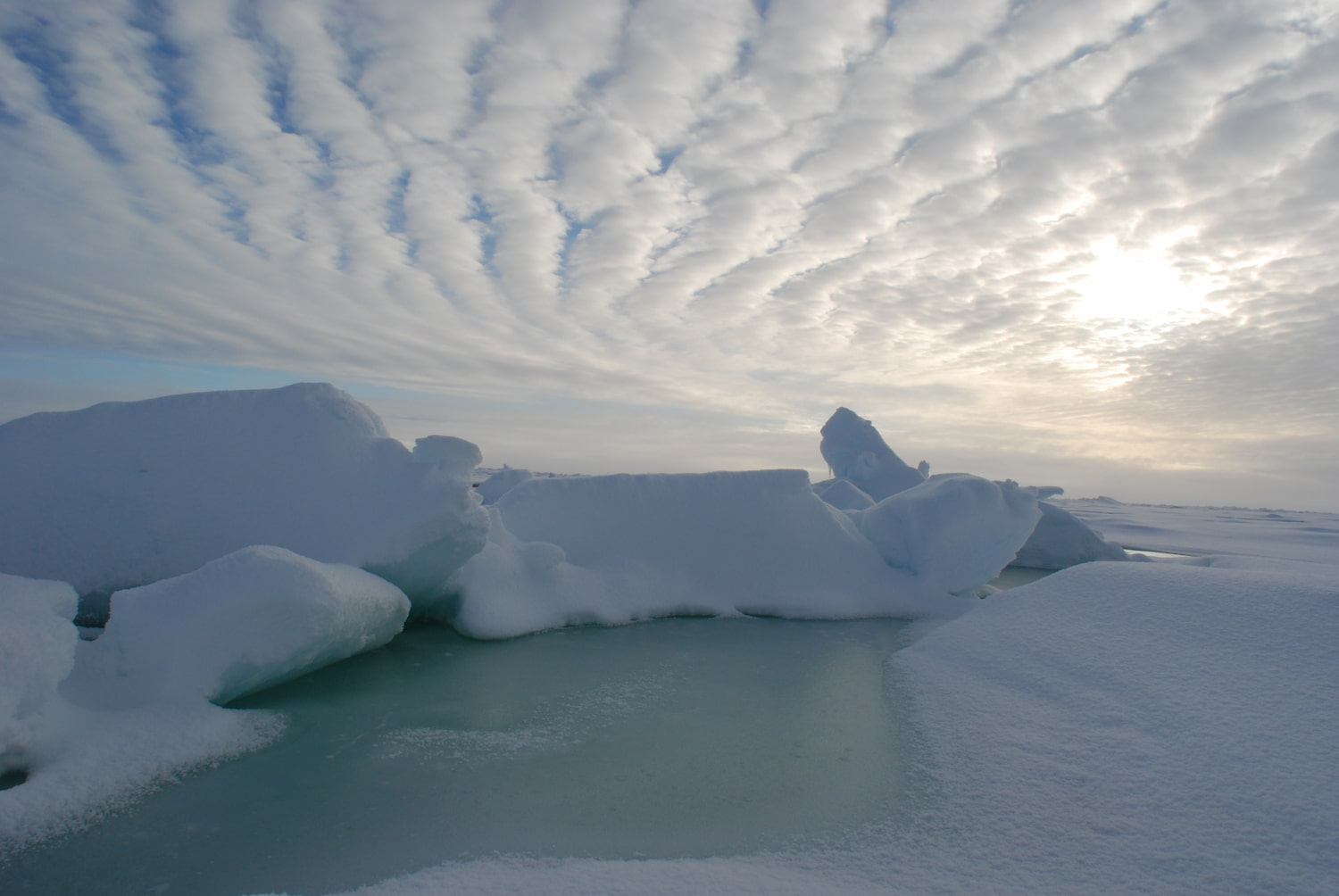 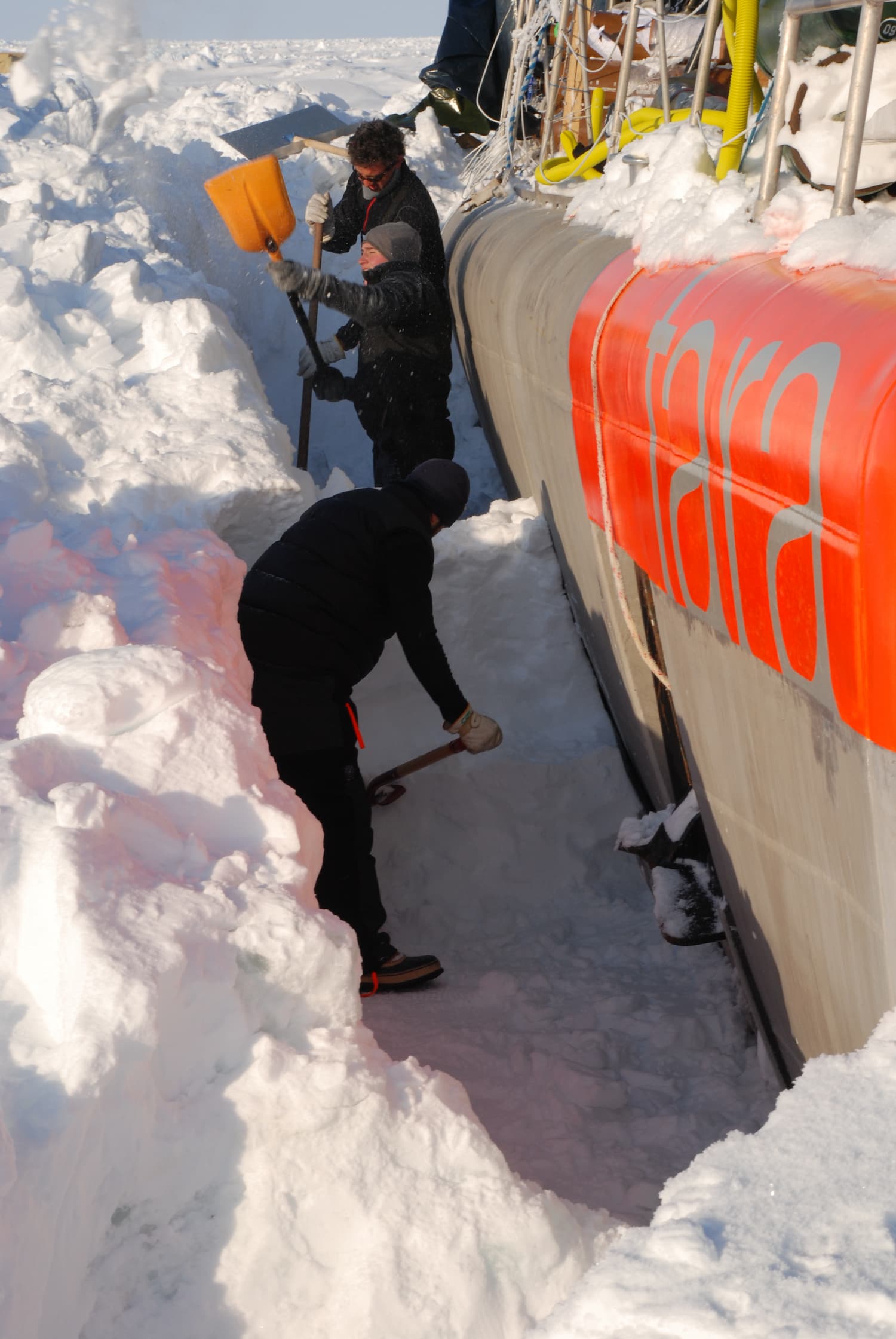 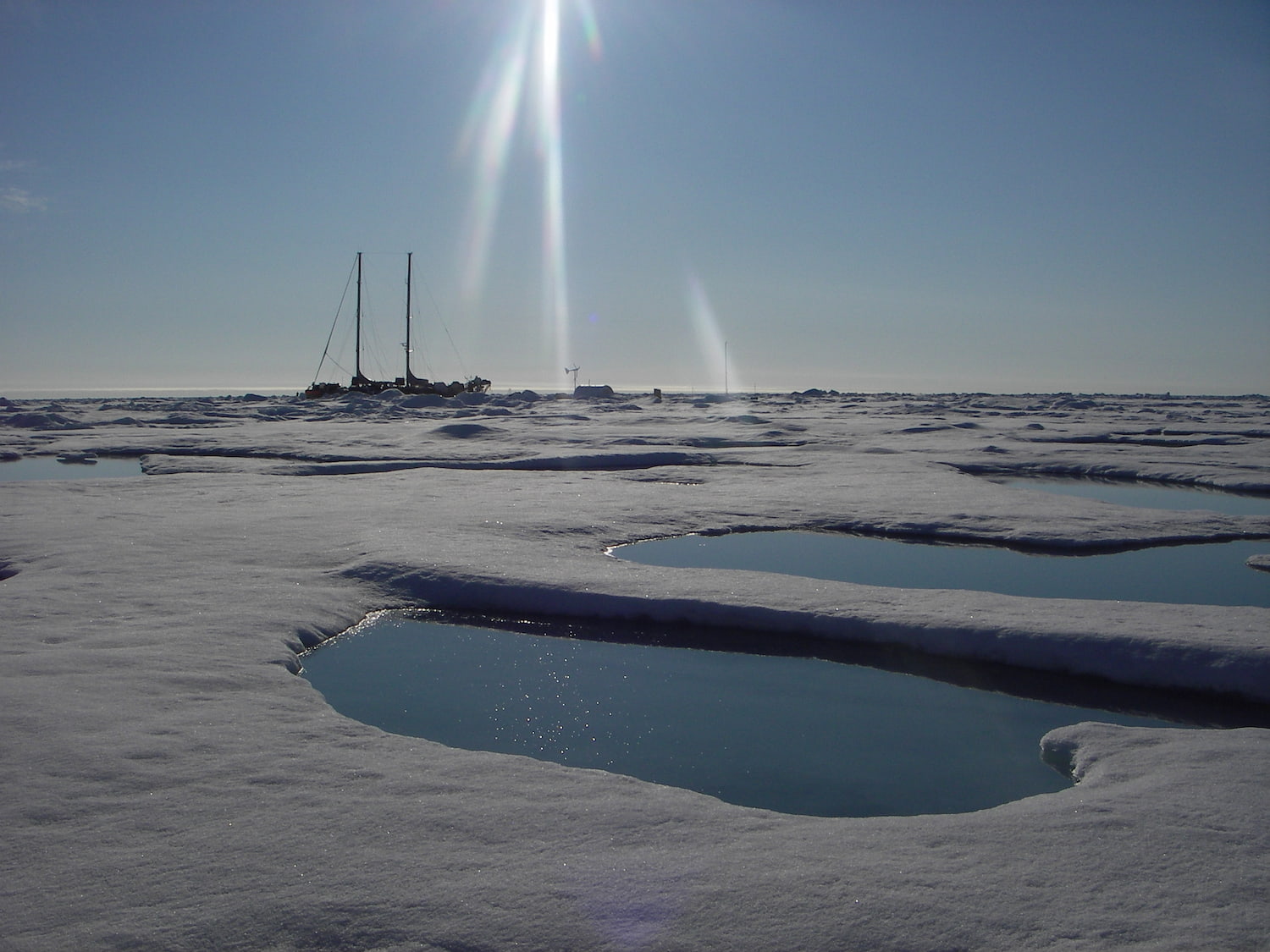 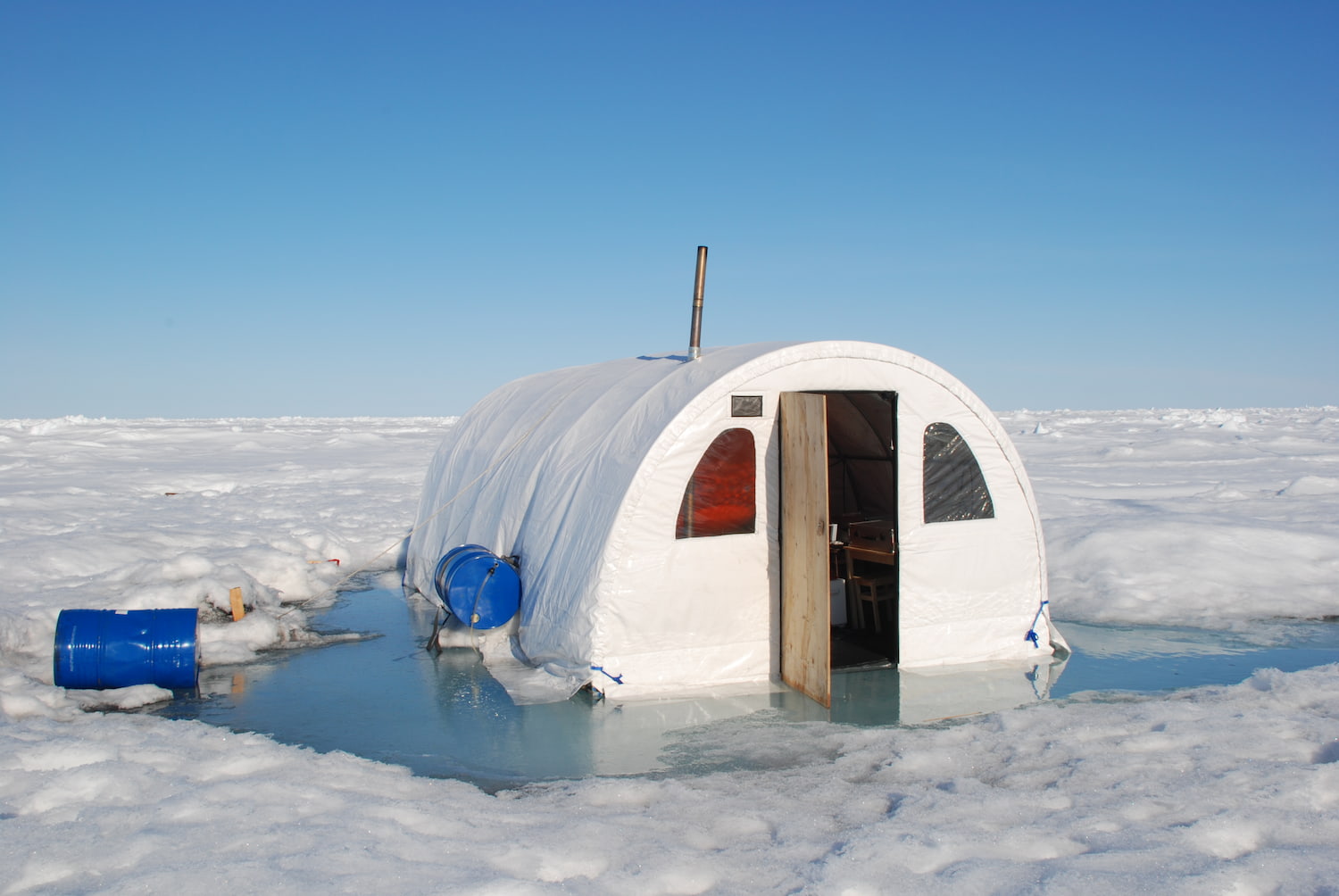 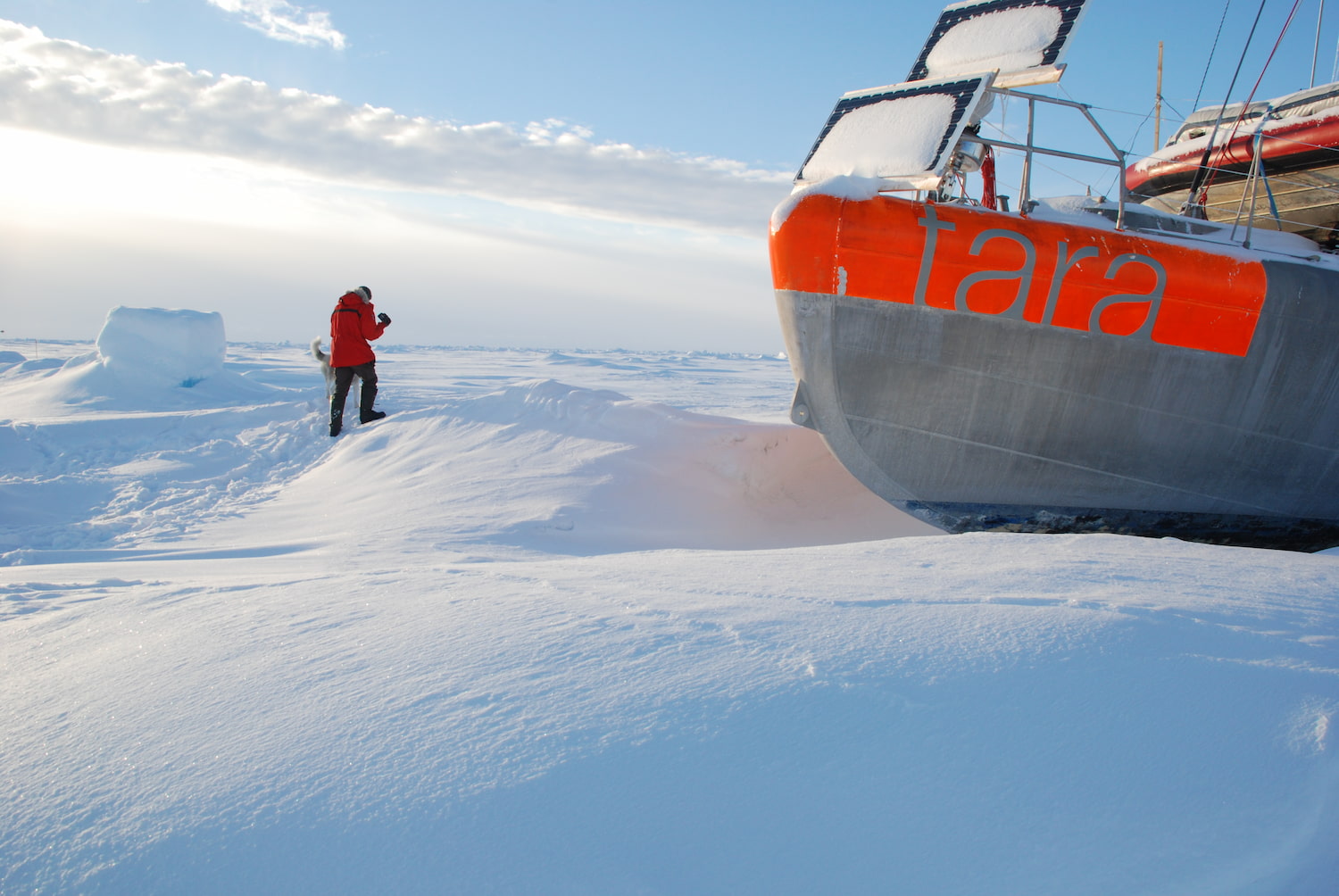 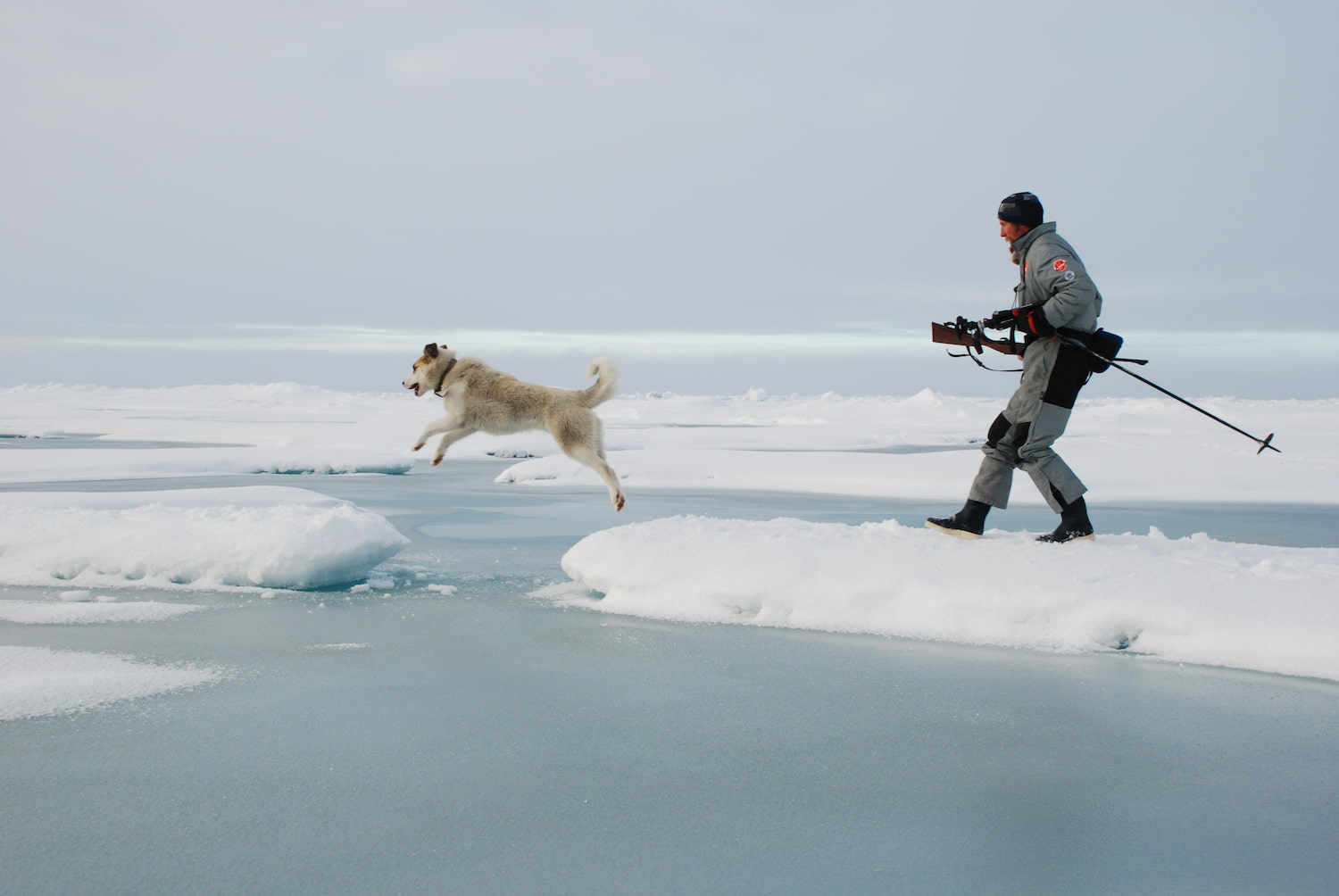 Meteorological conditions in the Arctic Ocean in spring and summer 2007 as recorded on the drifting ice station Tara.

Ozone in the boundary layer air over the Arctic Ocean: measurements during the TARA transpolar drift 2006-2008

Positive trend in the mean speed and deformation rate of Arctic sea ice, 1979-2007

Validation of atmospheric reanalyzes over the central Arctic Ocean

Low-level jet characteristics over the Arctic Ocean in spring and summer.

Sea-ice thickness measurement based on the dispersion of ice swell.

Results from the Damocles ice-buoy campaigns in the transpolar drift stream 2007-2009.

The Atlantic and summer Pacific waters variability in the Arctic Ocean from 1997 to 2008.

News of the Tara Ocean Foundation

Giving a voice to the invisible majority of the Ocean: the marine microbiome

Upwelling phenomenon in the Benguela Current with Emma Rocke, lead scientist aboard the schooner Tara

At the heart of dynamic ocean structures: portrait of Rémi Laxenaire, lead scientist aboard the schooner Tara

Immerse yourself in our expeditions

Co-produced by France Télévision, discover our interactive platform on the impact of climate change on marine biodiversity through videos, computer graphics and interviews with researchers, all in the form of scientific experiments.

Discover life beneath the ocean

How to reduce pollution in the Ocean?

Learning more about biodiversity to help better protect it

Discover our commitments and climate research