Expeditions aboard the schooner Tara gave me a chance to combine two passions: sailing and journalistic reporting. I also discovered a new passion: the north and south poles. 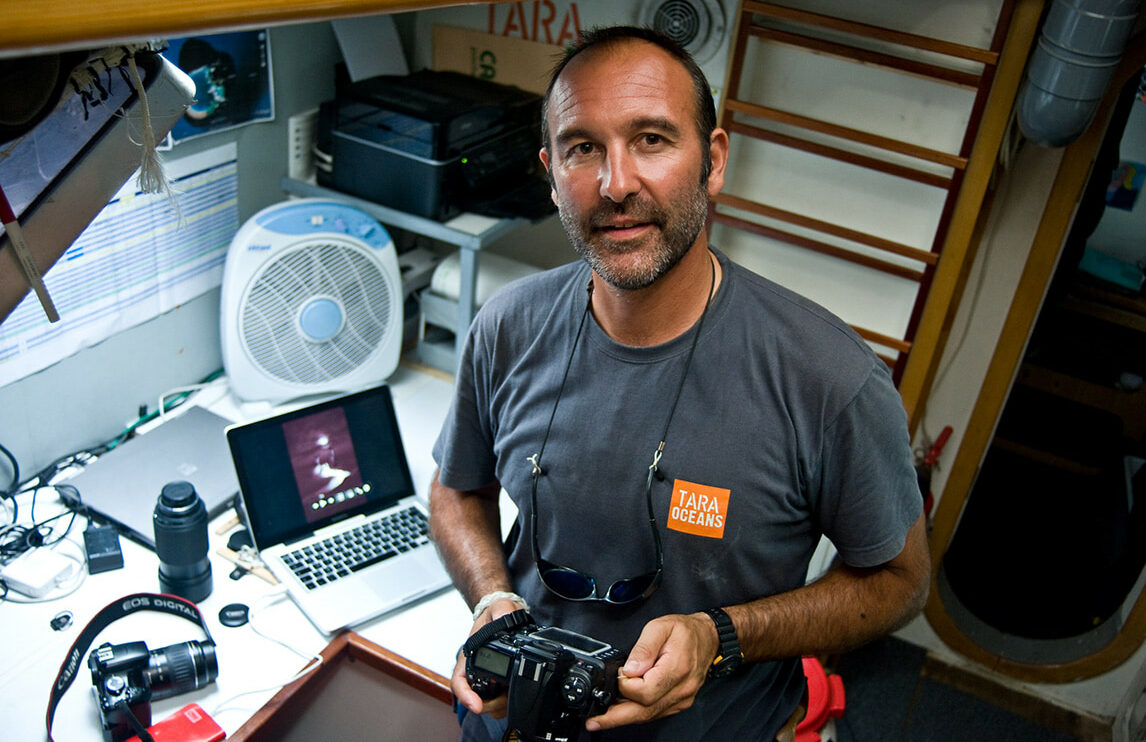 Today Vincent is a project director, photographer and freelance journalist. “Raising public awareness via photographs, films and texts about the consequences of climate change on indigenous peoples is essential to me.” He is the founder and director of the Greenlandia Climate Initiative.

“ Tara Arctic (the Arctic drift) is the greatest adventure I’ve ever experienced in my life. Just imagine: you fly to the Spitsbergen Islands at 78° north, then you land on the pack ice a few kilometers from the North Pole for an indefinite period, with the added bonus of spending the entire winter locked in the ice.

To spice it all up, this is your first experience of the kind, and just after landing you meet the crew with whom you’ll pass the next few months. Nice challenge!

This expedition, between 2007 and 2008, had many influences on what I did in my professional and personal life afterwards. On the ice floe, where Nature alone decides, I learned an important word: MAYBE!

Apart from the Tara expedition, only two earlier expeditions in all of human history carried out an Arctic drift.  This experience offered me an essential gift: it gave meaning to my actions by teaching me to live with others.

Discover some of his accomplishments inspired by life aboard Tara