A true reflection on the representation of habitats and the underwater environment ,and their role as productive ecosystems 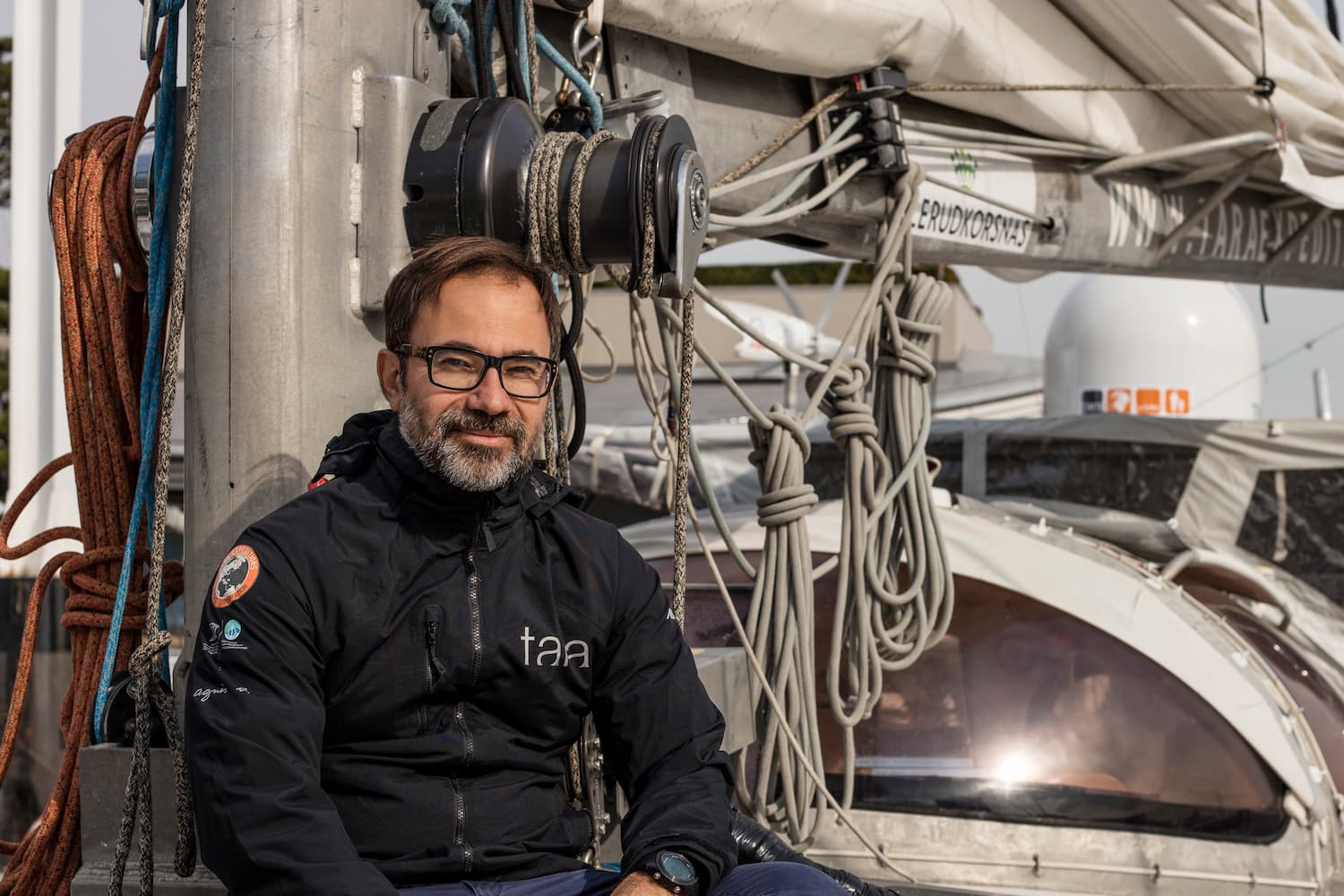 He lives and works between Paris and Brittany. A sailor and diver, he exhibits his work in places like the SMAK in Ghent, Belgium, the Center Georges Pompidou and the Palais de Tokyo in Paris, the Setouchi Triennial in Japan, etc. In 2008, Nicolas Floc’h discovered the existence of artificial reefs, omnipresent in Japan –real living architectures colonized by marine flora and fauna.

At the crossroads of art and science, Nicolas Floc’h embarked aboard Tara between Tokyo and Keelung ((March 23 to April 28) to continue his reflection on the representation of habitats and the underwater environment.

While aboard, he accompanied the scientists on all their dives and worked on his inventory of artificial reefs, the “Productive Structures”. He continued his  photographic series “Productive Landscapes” (started in 2015), assembling a group of projects on the representation of landscapes and underwater habitats, and their role as productive ecosystems. The residency aboard Tara was fundamental because it gave his work a global perspective and provided a concrete approach to abstract notions such as ocean acidification  and global warming.

Collaborations with scientists he met aboard Tara continue, for example with Sylvain Agostini, on “Flux, a society in motion”, a commission in 2019 from the CNAP (Centre national des arts plastiques), and as part of the “Initium Maris” expedition set up in Brittany by Nicolas Floc’h. The Glaz book published in 2018 by the FRAC Bretagne (Editions Roma) includes 50 pages on the Tara Pacific expedition.

Discover some of his work inspired by life aboard Tara:

[Tara Pacific] Journal of an artist