Emmanuel wanted to draw islands— fragments of land located between sea and sky. He also drew certain sites in ruins in Beirut to create his own database and continue his research on the subject.

In black and white 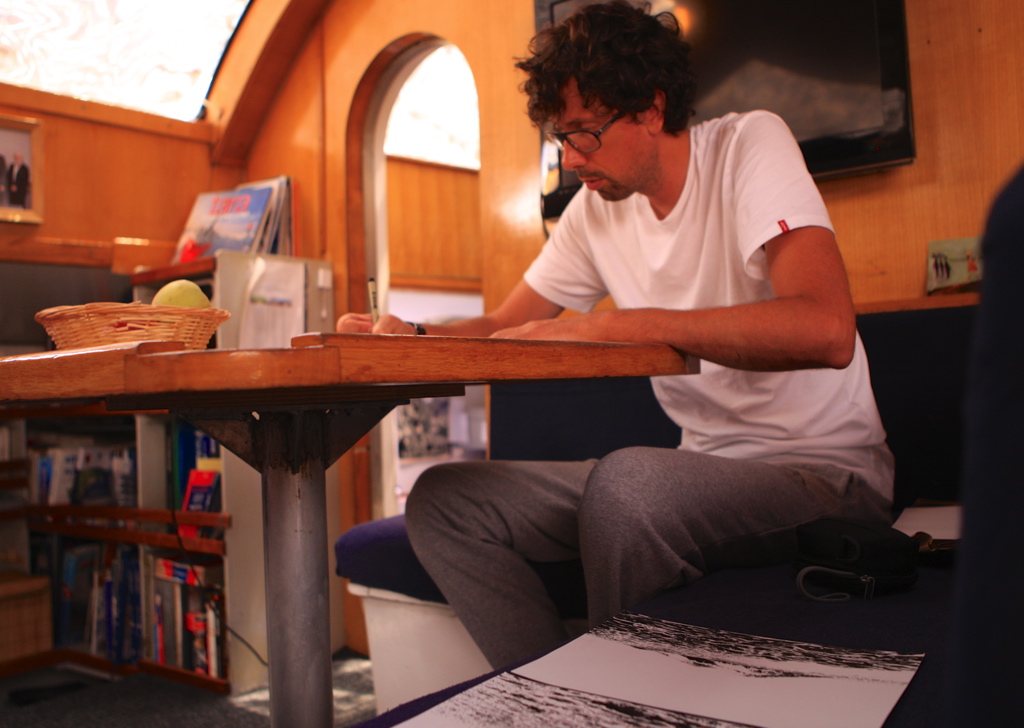 Emmanuel Régent lives and works in Villefranche-sur-Mer and Paris. He graduated from the Paris Ecole des Beaux Arts in 2001; received the Prix ‘Découverte’ from the Friends of the Palace de Tokyo in 2009; and was finalist for the Canson Prize in 2013.

Multidisciplinary artist Emmanuel Régent uses both classic techniques and cutting edge technological protocols. At the same time figurative, minimalist and  deliberately lacunar, his drawings are done with a black felt-tip pen. Their   movement and rendering evoke the crackling noise of digital pixels. The Nebula  paintings are made up of different strata of monochrome paint on canvas, sanded  in places to reveal the colors hidden under the layers.

Scientific imagery, spatial views, heat curves, the internet and digital technology  strongly influence his practice. « I’m looking to see how these technologies can  infiltrate a classic approach to painting, sculpture and drawing. » The maritime  universe also influences his work and is reflected in the subjects, shapes and materials used.

Valles Marineris, for example, is a monumental stainless steel sculpture inspired by  a block of cut stone discovered during a dive in the harbor of Villefranche-sur-Mer,  the city where the artist’s studio is located. He has also been working for many  years on a series of drawings entitled «The Path of my Rounds» representing rocks  along the edge of the sea.

In black and white – Tara Méditerranée 2014

Discover some of his drawings inspired by life aboard the Tara: