A universe between imaginary drawings and real images. 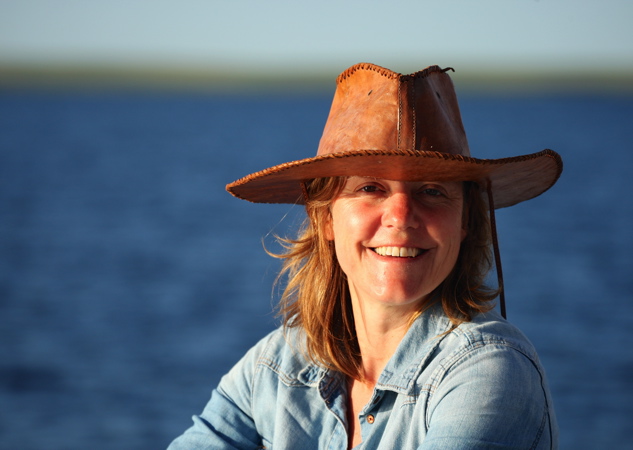 She graduated in graphic arts from the Ecole Olivier de Serres (Paris) and became an artistic director and photographer in the field of publishing and advertising. Nourished by years of experience in the world of luxury and travel all over the world, Stephanie accompanies brand names in designing their identity.

“After a trans-Atlantic crossing, I wanted to put my know-how at the service of the environment. Meeting Tara was a real revelation. I want to help make their mission better known through my illustrations and  photographs, so I proposed to design a book for children.

The idea is to recount the Tara Oceans and Tara Oceans Polar Circle expeditions through a fiction which would feature both the crew, but also two microorganisms that offer a way to discover the planktonic world.  It’s a joint project with Anna Deniaud Garcia, the correspondent on board.  We both wanted to make a book for children at the same time, so we chose to collaborate. We’ve already produced a video entitled “Science Station for Children” – an overview of the universe in which we wish to immerse children, a mixture of imaginary drawings and real images.

From the start, the sailboat and its crew seemed familiar to me. There were so many magical moments, like encountering the first ice, and then a polar bear… It really was an unforgettable experience. Every day I took pictures and at the same time I asked the scientists and sailors to explain their work to me, the manipulations. As for doing the drawings, I often took advantage of the tranquility of night watches to achieve them, during the continuous Arctic day. These are also moments when the light is sublime.”

Discover some of her illustrations inspired by life aboard Tara: