An expedition with unprecedented scope

How does this fragile ecosystem work?

How able is it to resist and adapt to climate change and local pressures?

Sharing the importance of these coral reefs for biodiversity and local populations?

Championing the protection of these ecosystems at the Convention for Biological Diversity.

Having left its home port of Lorient in May 2016, the schooner Tara carried out the most ambitious scientific campaign ever undertaken on coral reefs. Two and a half years of expedition, more than 100,000 km covered, and 2,677 scientific dives, enough to meet the objective set at the start: to inspect the coral on the scale of the biggest ocean in the world, the Pacific.

The samples and parameters now being collected by the Tara Ocean Foundationand partner international scientific institutions will soon provide a unique set of data, essential to many research disciplines for the better understanding of the future of coral reefs.

Initiated by the Tara Ocean Foundation, this expedition on an unprecedented scale is being carried out with the CNRS, CEA, Monaco Scientific Centre, Université Paris Sciences & Lettres and supported by many other partners, both public and private.

From the Panama Canal to the Japanese archipelago via the South Pacific (2016-2017), then from New Zealand as far as China (2017-2018), Tara covered and explored most of the ocean’s coral reefs. The schooner made it possible to reach the most isolated coral reefs of the South Pacific (Pitcairn, Samoa, Tuvalu, Kiribati, Wallis and Futuna…) as well as
the most urbanised coastal areas of Asia ( Taiwan, Japan, Hong Kong, China); not forgetting the “Coral Triangle”, marine biodiversity hotspot (Papua New Guinea, Salomon islands, Australia, Indonesia…).

From East to West then from South to North, the crew of Tara stopped off in around thirty countries and collected more than 60,000 samples on numerous very different sites.

The internal workings of Tara Pacific

The unique character of this expedition lies firstly in its ‘transversal’ approach to a very extensive geographical area, i.e. the Pacific, where more than 40% of the world’s coral reefs are concentrated. Such an approach had never been tried before on this scale.

After our initial observations, it seems clear that the future condition of coral reefs will depend on our climatic trajectory and our ability to protect the reefs locally from local practices and pollution.

40% of the world’s coral reefs are concentrated in the Pacific Ocean. 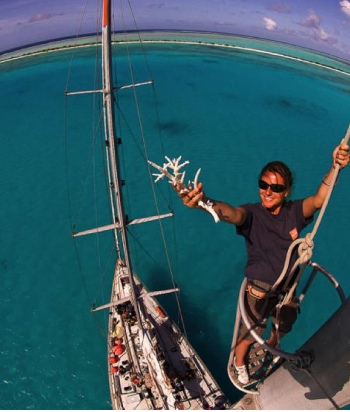 Contrasting states of health depending on the reefs

Currently, predictions on the evolution of coral reefs suggest that they will deteriorate until climate change is stabilised and new types of reef assemblies stand up to the planet’s temperature conditions.

The data from Tara Pacific offer a unique opportunity to distinguish local disruptions (pollution, urbanisation, sedimentation due to soil erosion) from global negative effects (global warming, acidification of the oceans) and to measure the state of health of coral populations subject to these two types of disruption.

The Tara Pacific expedition – A pan-ecosystemic approach of the “-omics” complexity of coral reef holobionts across the Pacific Ocean.

Status of coral reefs of Samoa and recommendations to promote resilience and recovery of coastal ecosystems.

Millepora platyphylla range extended back to the Eastern Pacific, thanks to a new record from Clipperton Atoll.

An improved primer set and amplification protocol with increased specificity and sensitivity targeting the Symbiodinium ITS2 region for next-generation sequencing diversity assessment.

Relay aboard the schooner

On deck, a team of interdisciplinary scientists coordinated by the CNRS and the Monaco Scientific Centre: 100 scientists involved from 23 institutes in 8 different countries. 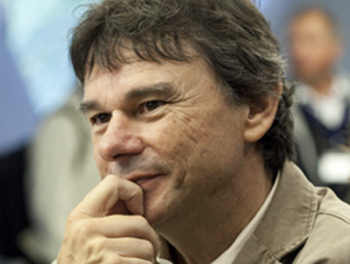 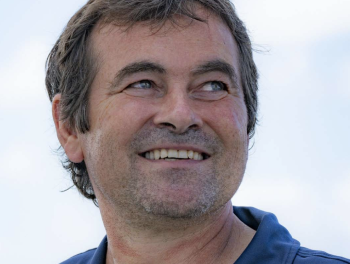 Immerse in the expedition

Tara’s Blue Book for the Pacific

In search of plankton, from the equator to the poles

In search of plankton, from the equator to the poles